Symfony is an open-source PHP framework (with standalone components) used for the backend of advanced web applications, such as APIs, microservices and platforms.

Who uses this technology?

PHP is the most widely used server-side programming language, due to its versatility in adding functionality to web applications. In use since 1994, it can be considered a mature programming language, but that doesn’t mean outdated though. The PHP development team constantly adds new features to keep up with the latest enterprise-friendly trends, such as the ability to integrate new technologies like GraphQL and WebSockets.

So why use a framework like Symfony instead of vanilla PHP?

In a word, modularity. Prebuilt components reduce the need for repetitive coding of basic functionalities. Developers can thus deploy sites quickly and apply rapid iteration as part of an agile approach.

PHP is used by 79% of websites whose server-side technology is known. More than 40% of the 10,000 most visited sites use PHP. 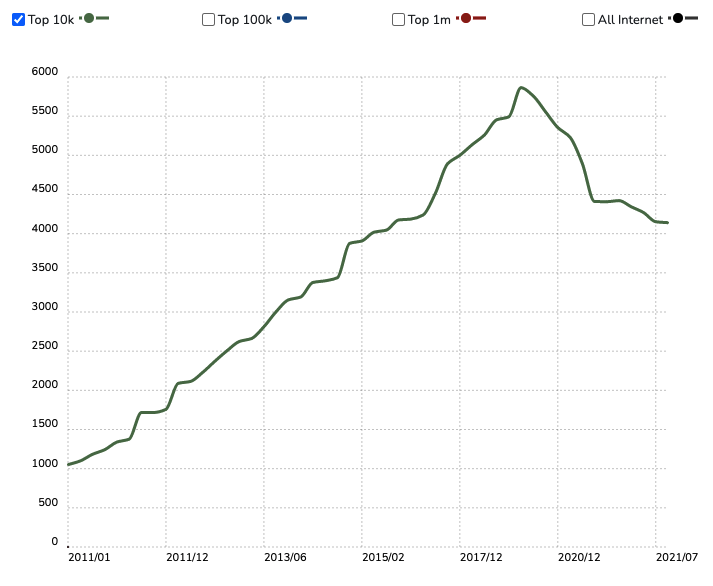 Popular platforms such as DailyMotion and Spotify have proven that Symfony can meet the scaling challenges of any marketplace. It’s flexibility makes it perfect for specific business flows, while it’s modular structure supports incrementality, i.e. adding functionality as needed.

As a full-stack framework, Symfony is ideal for complex marketplace applications with many functionalities. Its learning curve is steeper than other PHP frameworks though, which requires technically adept developers.

Would you like to know more about the suitability of a particular technology for your marketplace? Get in touch for a free audit and recommendations.